On 29-30 November 2017, Mr. Somboon Lertsuwannaroj, Managing Director of Impact Solar Limited, has been invited by the Asian Development Bank (ADB) to participate in the “Asia Pacific Forum on Low Carbon Technologies” at Changcha city in China’s Hunan province. The event was set to hold an award ceremony as well as an official introduction to 7 leaders named “New Energy Leaders 2017” where Mr. Somboon was chosen as 1 out of the 7, becoming the first person from Thailand to ever receive this award. Over 50 people all over Asia were nominated for the award, carefully selected from a group of new generation entrepreneurs and leaders in clean energy innovation.

The purpose of setting up the “New Energy Leaders 2017” program was to search for role models among new generation leaders in the clean energy innovation industry in Asia and provide support to collectively set direction for clean energy in the future. Furthermore, this program aims to share the experiences and challenges imposed in developing clean energy innovations, providing insight to potential stakeholders interested in supporting the development of clean energy in Asia.

At the event, among the 7 leaders chosen for the award, Mr. Somboon had the opportunity to express his views on the future direction of clean energy in front of an audience of 300 people. He discussed the changes in user behavior of electricity consumption due to the technological advancement of clean energy, noting that users have switched to produce and make use of their own generated electricity, potentially allowing opportunities to exchange unconsumed electricity in neighboring areas in the near future. Mr. Somboon stated, “I believe that in the near future, people will enjoy the modernized energy era powered by the distributed generation bringing them to freely produce, consume, and sharing clean power much more efficiency under a deregulated technology platform”.

Under the management of Mr. Somboon and his team of new generation developers, Impact Solar initiated Thailand’s first ever solar rooftop Private PPA program. Their current portfolio of over 30 MW in installation capacity across the country was fueled by the trust and support gained from renowned corporations namely, Big C Supercenter, Thai Union Group, SB Design Square, JAS Asset, and Kerry Logistics.

Tags :
SomboonLertsuwannaroj
Award
Back to all news 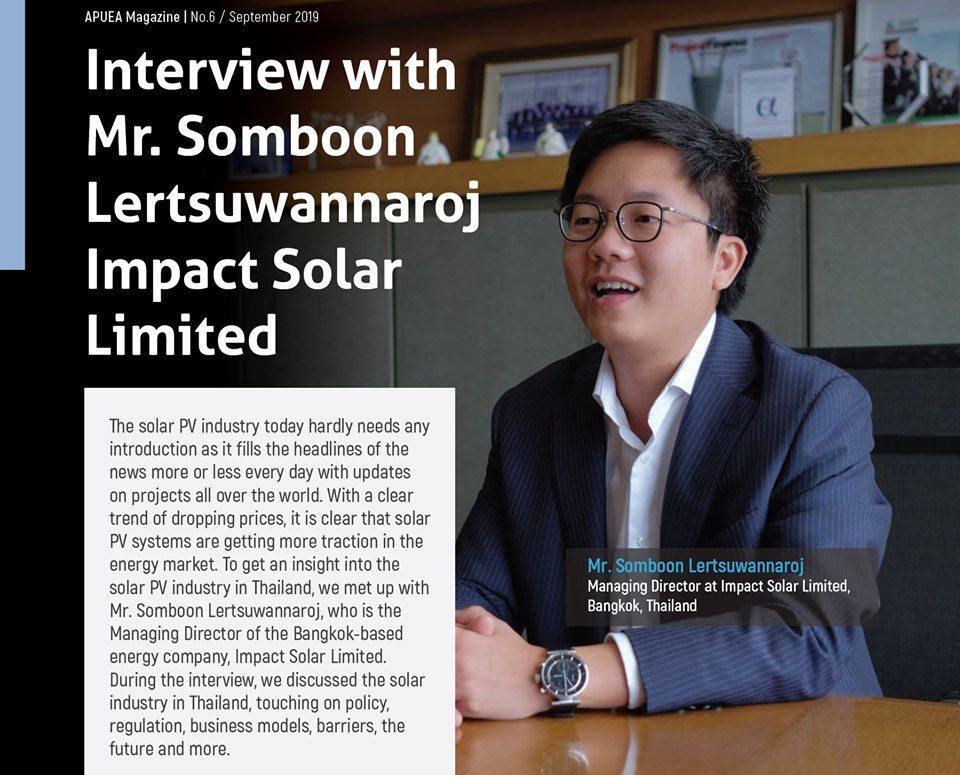 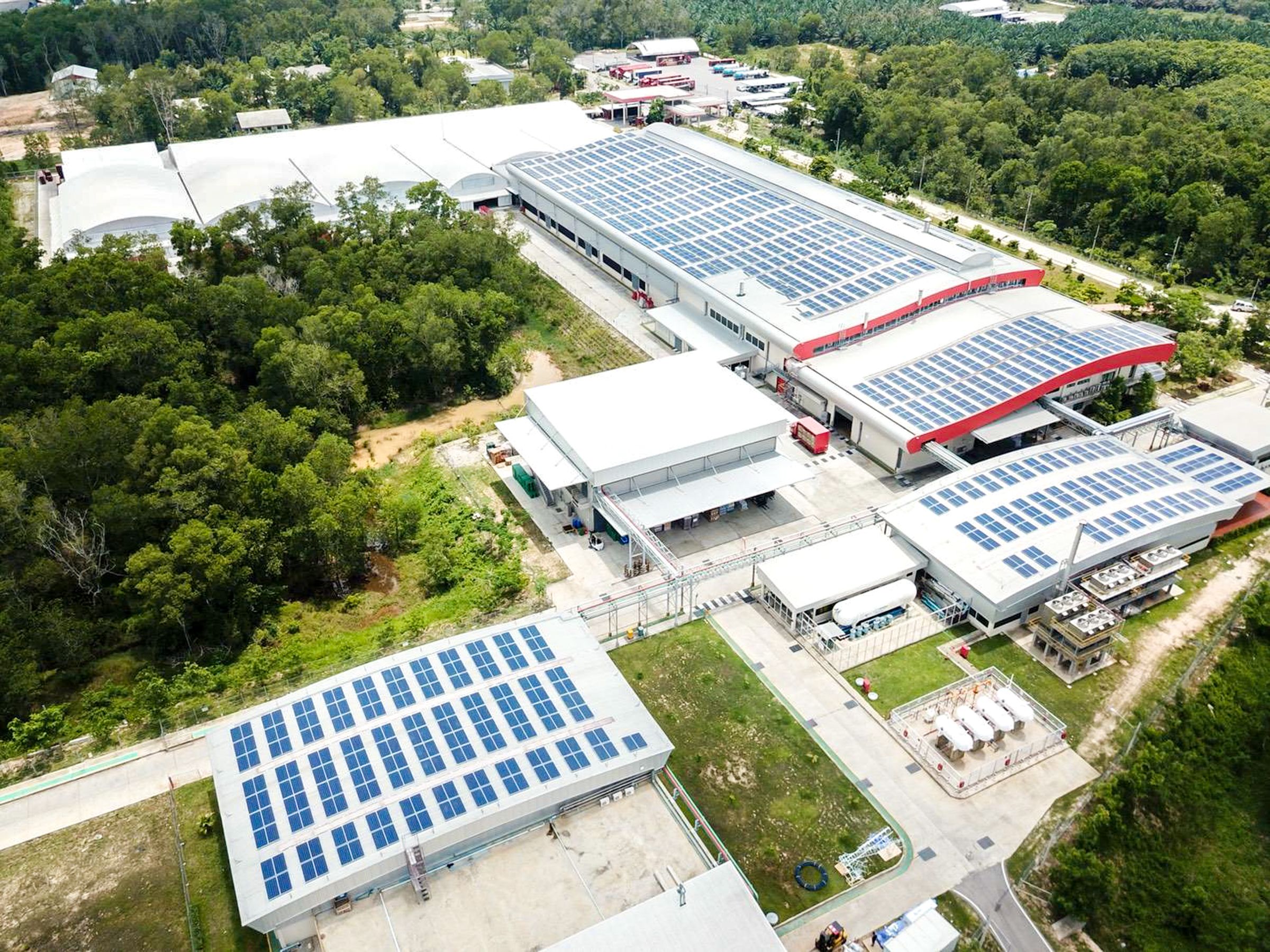 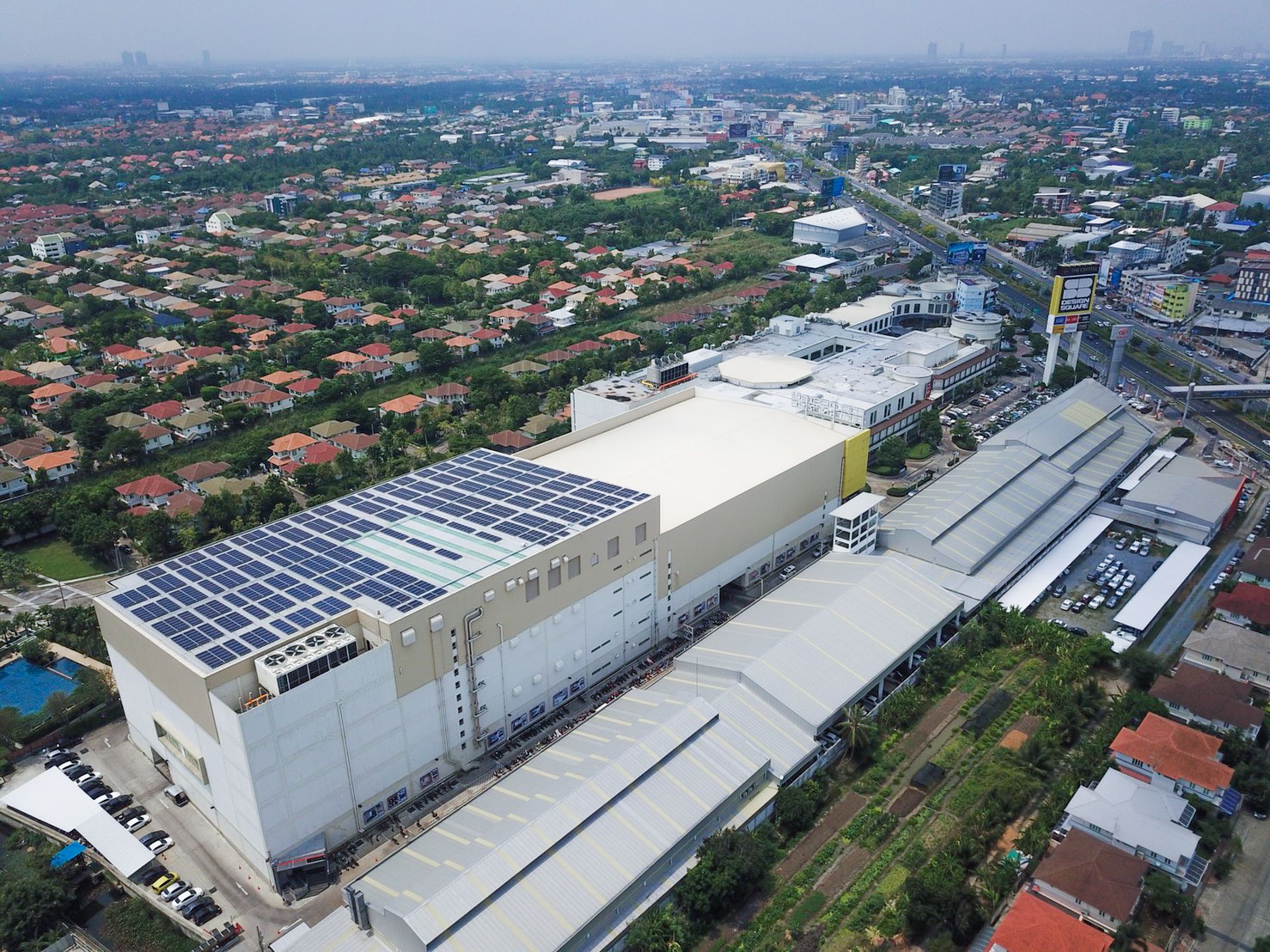